Human behavior often falls into set patterns. We are all, generally speaking, predisposed to act out certain role-plays, almost as if we were reading from a script. An understanding that certain kinds of behaviour will almost certainly trigger responses that can be manipulated and therefore used to your own advantage is a very useful tool. Furthermore, when you realise that the vast majority of people will not even understand why they are responding the way they are, can put you in a very powerful position. It is possible to manipulate a situation without the other person realising what is happening to them, until of course, it’s too late.
An example of this type of manipulation is the predator/prey role-play. Most of us are conditioned from being young children to respond to authority in a certain way. We are usually instilled from a very early age with the belief that authority should be respected and therefore, even if we don’t like it, we are generally predisposed to comply with it. This conditioning is what the predator relies on. The process of manipulation begins with the predator handing you his script and in a very authoritative manner explains that you are about to co-star in his play. The story line is where he attacks you and, because in the script you are described as ‘the helpless victim’, your role is to do everything you are told to do. He continues to explain that the story has a happy ending and by following the script to the letter, he gets what he wants and you get to go home unharmed. Not following the script however will result in severe punishment. Most people will follow the script. Why? Simple. It’s because the predator has typecast them into the role of victim, and they are being manipulated into a situation that has triggered a predetermined response to comply with authority, especially if the consequences of not doing so will result in some sort of punishment being administered. They are conditioned to believe that once the curtain goes up and the play begins they have reached a point of no return and therefore must continue to act out their role. This is not true! If you can change your role in the play the script will change too.
In this type of confrontation one person has already assumed the role of aggressor/predator. Conventionally the other person is now left with two choices:
1. Frightened and compliant victim.
2. Counter-aggressor.
The predator will be expecting and relying on you playing the frightened and compliant victim role. If you go down this road the predator will act accordingly. He will posture, threaten and intimidate. Showing fear will fuel the fire of his aggression and play to his ego. Statistics show that the likelihood is that he will still harm you regardless of all the promises to the contrary. Begging not to be hurt is a sure fire way to get just the opposite.
Playing the victim role is not the way to get off lightly. More often than not all it means is that it takes a little longer before you get hurt, as well as robbed, raped or even both.
The role of the counter-aggressor is also fraught with danger. If you go back to your own childhood, or even look at your own children taking the role of counter-aggressors with you, it would be considered an act of defiance, insolence or insubordination and dealt with accordingly. The rules are plain and ingrained into us all. Subordinates simply do not answer their superiors back. Remember this is the predator’s script, he is the star and his role is a superior one to yours. Now faced with a sudden threat from a counter-aggressor the predator will react in a predetermined manner and his own defensive reflexes will kick in. He will, almost subconsciously, make the decision to attack and probably with extreme violence.
So as you can see neither of these scripts actually has a happy ending. If you are going to change your role and as a consequence the script, you have to do it as far in advance of the curtain going up as you can.

CHANGE THE SCRIPT AND TAKE CONTROL
Most of us are comfortable when we are following a set pattern. We are in our comfort zone; we know what to do and what’s expected from us. If someone or something breaks our pattern and we suddenly find ourselves in unfamiliar territory, we become confused and uncomfortable, as a result we are less natural and what we do and say requires more thought.
Breaking the aggressors set pattern, or in others words changing his script to your script is the key that will help you change your role from prey to predator. The aggressor is locked into a pattern of behavior that has been predetermined by his script. If you break the script he has to formulate a new response, which means he is forced to stop and think about what to say and do next. This whole process slows the situation down because thinking out a new response is obviously going to take longer than following a set pattern.
This is all well and good, but how do you change his script without becoming the frightened and compliant victim or the counter-aggressor?
1. Don’t react at all. Stay calm and just walk by as if he wasn’t even there. This isn’t in his script, it makes no sense, you’re supposed to follow his lead and act out your role in the play. The aggressor will be confused, but only for a second or too. Hopefully, in the time it takes him to amend his script, you will be out of the danger zone and ready to run as fast as your legs will carry you.
2. Act out the cool but ready-for-action role. Simply stand your ground without making any aggressive actions, verbally or physically. Say nothing, just stand and stare with a calm, expressionless face. Training will help you to remain calm under stress, but even with no training you have given him a big problem. This type of response, or in reality lack of it can be very intimidating. It manipulates the situation by giving out a powerful massage saying I don’t consider you as anything that I should be getting concerned about.
3. Respond verbally with something totally irrelevant to the situation, non-aggressively with friendly dialogue. Often the best thing is to say something that requires him to think of an answer. Ask a question. “That’s a fantastic jacket, where did you get it?”
“What’s the time mate I’m in a real hurry?” “I’m looking for Benson Drive do you know where it is?” Anything that stops you getting drawn into his script.
Once the pattern is broken a new one must take its place, and this time with you taking the leading role. However, never lose sight of the fact that this person standing in front of you is probably still predisposed to violence. Therefore it is imperative that you use whatever time you have to open a window of opportunity and extract yourself from the situation as quickly as possible. Your action could be as simple as just running away. Or even, but only as a last resort and only if you’re sure you have no alternative, launching you’re own pre-emptive attack. Almost all street predators are cowards, on the look out for helpless victims. Often they are incapable of tackling someone one face to face. Unless that person is playing out the victim role of course. They’re quite happy with the surprise attack from behind, but when faced with a calm and resolute person they are often fazed and unable to continue in the light of the opposition. Ask yourself this simple question: “If a common street robber thought that by attacking you he would probably be injured, restrained and forcibly escorted to a police station, would he still attack you?” Answer, NO! Although that somewhat idealistic scenario is never likely to played out in full, it does illustrate the mind set you should be in and it is the image you should be portraying. Be careful not to give these people any reason to resort to violence and remember, the frightened victim or the counter-aggressor is just the trigger they need. Also, don’t fall into the trap of being pushed into making the first move, giving them the excuse to retaliate. You must not provide the trigger, but you must be ready to act as soon as the opportunity presents itself. Make your move when you’re ready not when they’re ready. Remember, the predator does not want to fight you, he wants to control and intimidate you into following his script. Don’t allow yourself to get locked into belligerent exchange, in other words don’t let your ego take control as this will inevitably lead to violence. Give the predator the chance to walk away without losing face. Many street robbers when faced with quiet resolve have to make a decision about what to do next, and assuming they’re not too stupid they will recognise the opportunity to move away from you and on to an easier target.
DO
Do learn to recognise the signals that tell you if someone means to do you harm.
Do try to stay calm and composed.
Do use friendly dialogue if you decide to speak. A little diplomacy and tact will go a long way to averting violence.
Do try and take control of the situation as quickly as
you can.
Do be ready to run when the opportunity presents itself.
Do be ready to fight if you are convinced there is no alternative.
DON’T
Don’t be the frightened and compliant victim.
Don’t be the counter-aggressor.
Don’t let your ego take control.
Don’t give any reason for them to resort to violence.
Don’t make any aggressive moves.
Don’t make your move until the time is right.
Don’t hesitate to launch a pre-emptive attack if you believe yourself to be in imminent danger.

STAND TALL IN THE FACE OF ADVERSITY 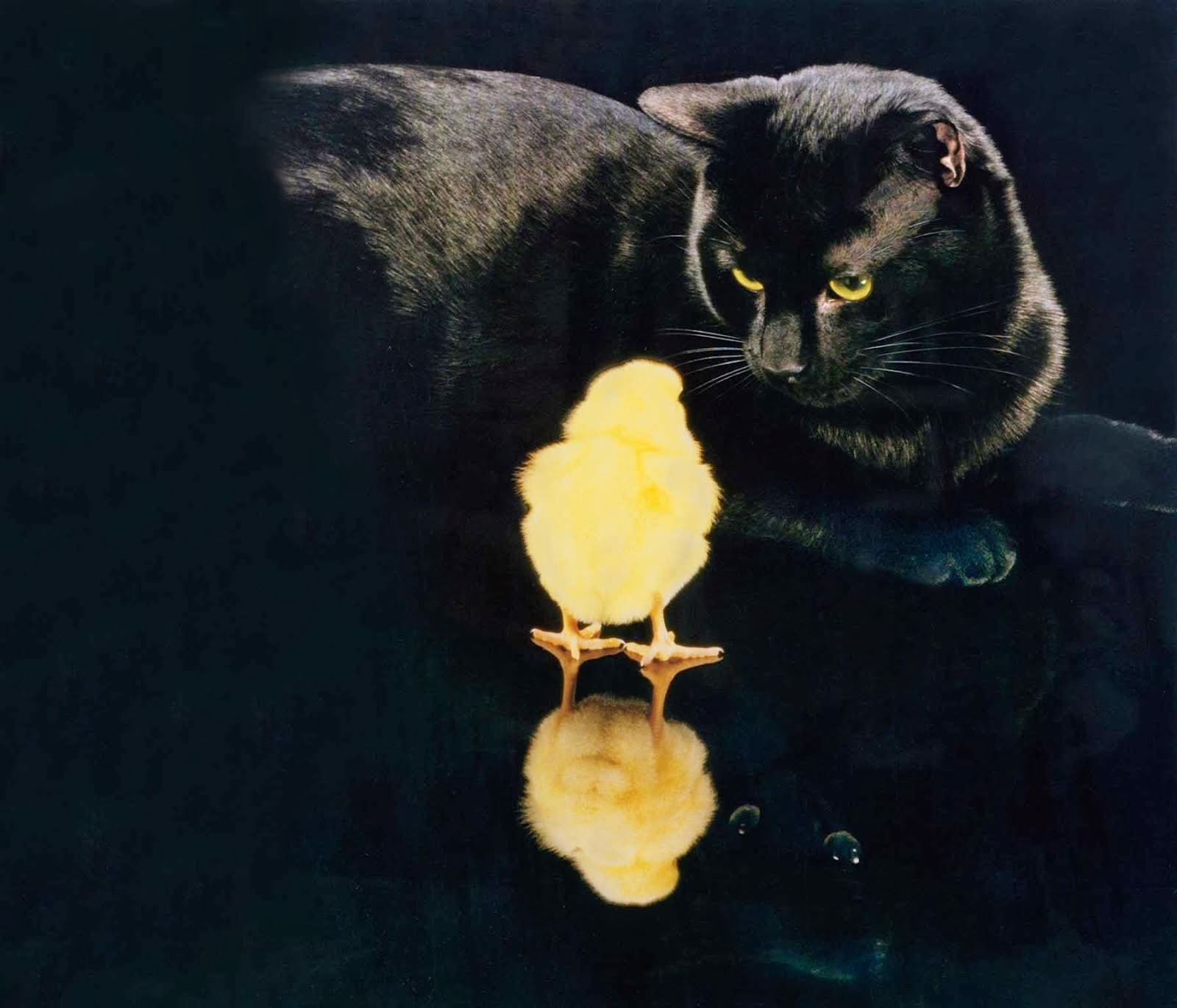 WE LIVE IN A VERY BEAUTIFUL YET EXTREMELY DANGEROUS WORLD, MY SURVIVAL FILES CAN HELP TO KEEP YOU OUT OF HARMS WAY....

IF YOU HAVE EVER FELT VULNERABLE, OUT OF YOUR DEPTH OR UNSURE ABOUT YOUR ABILITY TO PROTECT YOURSELF…. PLEASE READ ON.

The R.E.A.C.T Survival Files are all about STANDING TALL IN THE FACE OF ADVERSITY. Even though everything may appear to be dreadfully black, the Survival Files reveal that with a little knowledge there are always options, and how, by giving yourself permission to take control, the sudden realisation that you’re not necessarily looking defeat in the face can be enormously empowering.

The ‘Survival Files,’ enable the reader to recognise and evaluate given situations in order to take effective and appropriate action. The files also give a clear and logical set of Do’s and Don’ts when faced with certain criteria.

The Survival Files first appeared in 2001 as a postscript of my first R.E.A.C.T book, ‘Think Safe, Act Safe, Stay Safe’. They consist of succinct feature articles. Each one specifically focused on a particular type of problem or aspect of security and personal safety. I strongly believe in the philosophy that knowledge brings strength and safety, and I know the more we recognize and understand danger the safer we are from it. I intend to develop this Blog into an open forum, which is available to everyone as a discussion platform. The more we share information and knowledge the better we can protect ourselves and help to protect others.

If you want to comment on any of my posts please do..

I look forward to reading what you have to say.

If you would like to know more about my company and its services please go to the website at: www.ps5.com